"But maam, it's a very simple procedure to enroll in individual capacity". That was the third time she was repeating herself, convincing me to join the Mumbai Marathon slated for Jan 16th. While, my one way communication was focused on every possible support offering towards the NGO and its cause. I offered to make their communication pack; circulate the same to my forums and friends in the corporate world. What else do they need? But she was adamant. And didn't know the facts.

More than six years back, I was in Bombay and had a similar invitation. Was always interested to run for the various NGOs I deal with but inertia and procrastination took the better of me. No, to be precise, I had the cushion of "if not this year, I have the next year". After all, Mumbai Marathon is a yearly affair. Then around four years back, work took me to Chennai. And I participated as a TV viewer wishing to be back to Bombay and take part in the same. I did return to Bombay but was on my maternity leave. There, went another year of missing the marathon. Again followed the race through its live and press coverage. But had no regrets. "It's just a matter of this year. Next year I am going to run."

It's been three years since my accident. I can't run. Earlier I had the choice to run. Today I don't. I am here in Mumbai and all willing to take part but can't. The women at the other end of the phone interrupted my reverie. "Its only 3500/- rupees for individual participation"...

If we were told, one not-so- fine day, that we have few months to live, why would we drastically change our living from the way we live now? Assume, we would begin living every second of our lives, doing everything we always wanted to do, acknowledging and appreciating our loved ones and yes feeling sorry for letting so many chances and opportunities go by.

Wonder why we don't live like that now. Especially when we have no clue on how long we will live.
Posted by Priya Badshah at 11:23 AM No comments:

So what's your good deed for this Diwali?

It was just a day left for Diwali festivities to begin. Outside, it looked like the whole world was preparing for all the fun and gaiety which comes along with the festival. But we were inside. Inside the hospital, sitting on the spare bed, trying our best to make the inside atmosphere, if not festive, atleast a little lighter with our banter. While Didi was going thru her chemotherapy. Not sure which one, had lost count in the past two years. Didi was in pain. But as usual, hiding it behind one of her sunny smiles.

That day, the hospital was nearly empty. Didi didn’t have her usual ‘friends’ who came for their chemos and shared their experiences while the injections worked on them. The staff was busy decorating the walls with flowers and lights. One of the nurses told us that they were entitled for half day and were free to leave once all patients were gone. Didi heard this and was all pale. The fact that she was holding the nurses back was far more painful to her than the injection and her sore body. She apologized to them for the same and we could see hearts melting. Such thoughtfulness from a person who was buying time from death with these painful chemos. That was didi for us. She immediately asked us to remove money from her purse and give Diwali baksheesh to the staff. And we did what we were told, fighting our tears back behind forced smiles. And the list goes on of her generosity. While fighting cancer with all its pain and suffering, she never lost her ‘touch’ of loving people and 'giving' whatever she could. For me she is the epitome of 'Giving'. But life did gave up on her, last November…

The Art of Giving is nothing but exploring simple ways in our hectic lives to ‘give’. You don’t have to go to great extents, think of easy and effortless ways to make a difference this Diwali.

Posted by Unknown at 9:09 PM No comments: 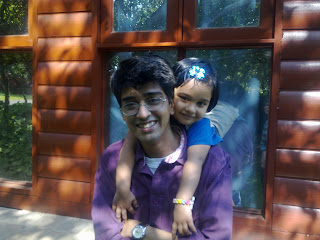 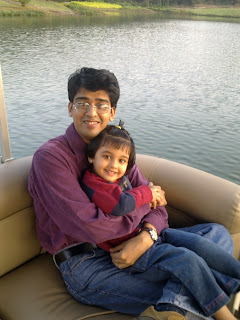 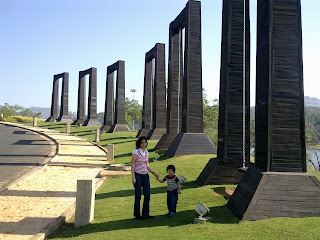 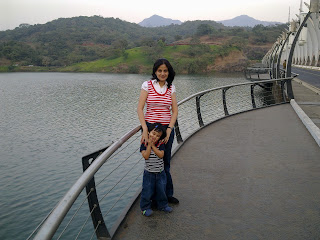 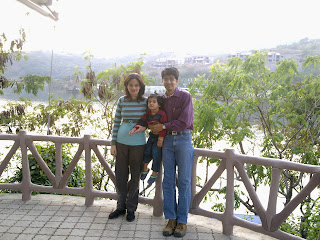